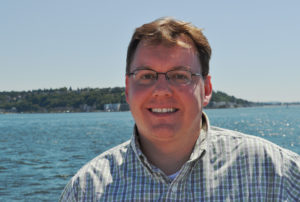 Edited news and sports articles as a temporary employee, and wrote headlines tailored to specific measurements; alerted editors to inconsistencies in stories and identified possible online references for inclusion in articles.

Interviewed by Matthew Schwartz of PR News to share questions brand bloggers should ask themselves to make their blogs more actionable.

Interviewed by Richard Brownell of PR News to provide four tips for a successful blogging strategy. This coincided with a presentation I gave at the 2015 Digital PR Conference in June 2015.

How to Build an Army of Brand Ambassadors (link unavailable)
Bulldog Reporter
May 15, 2014

Delivered a 20-minute presentation discussing strategies and best practices for creating a brand ambassador program, as well as offering tips to promote such a program through various social media initiatives. Part of a five-person panel that included representatives from Dell, National Audubon Society, and UMB Financial Corporation.

4 Reasons Why Social Media is a Must at Live Events
World of Direct Selling
September 30, 2013

Submitted an article explaining four ways direct selling companies can get the most out of social media at their live events.

Asked to be a guest on the Teach Jim BlogTalk Radio program to discuss effective use of social media (blogging in particular) for an entrepreneurial audience.

Q&A about the importance of social media from a brand perspective.

Our Social Media Ambassadors are invaluable. This group of 300 or so USANA Associates from around the world helps us achieve our overarching goals of building brand awareness and fostering brand loyalty. In an effort to reward their passion and increase their sharing power, we created an exclusive invitation-only lounge specifically for this valued group of Associates.

The one-day-only lounge opened on Wednesday, Aug. 24. We put together an agenda of activities highlighted by a special sneak peek at the USANA InCelligence Technology™ announcement all other Convention attendees would hear the following morning.

The afternoon session featured a Rev3 Happy Hour and a Fun & Games Hour where Ambassadors could bring a guest to relax and network with other Ambassadors. Nearly 200 of the Ambassadors registered in the morning and others filtered in and out throughout the day — to take advantage of the charging station or simply to take a break in a comfortable room away from the crowds.

We consider the Lounge to be an unqualified success and we plan to expand on the concept in the future. Here are a few comments from our Social Media Ambassadors:

A simple idea: Take and share creative photos of yourself leading up to and during USANA’s most important event of the year, and tag the pics #USANAselfie.

It earned a 2015 Social Media Icon award for Best Contest: Instagram and Platinum recognition in the 2014 MarCom Awards.

Conceptualized, organized and managed the USANA Open, a month-long, Facebook-based promotion that reached a global audience and awarded weekly prizes to individuals in five countries. The initiative resulted in 2,000 email entries and boosted Facebook likes by nearly 4,000.

The promotion built brand awareness and increased engagement on corporate social channels, while also leveraging USANA’s longstanding partnership with the Women’s Tennis Association (WTA). It highlighted a new USANA Brand Ambassador each week, providing participants with four chances to win more than $1,500 worth of WTA-signed merchandise and USANA products.

The 20-part weekly series, written by seven writers spanning three departments, garnered nearly 15,000 page views. It featured difference-makers — not only individuals, but departments, products, and more — who have had a significant impact on USANA and are poised to propel the company into the future.

Learned basic and advanced reporting skills from successful journalists while gaining real-world reporting experience at one of the top journalism programs in the country.

While at Cal, I worked as a sports information assistant and compiled information for the 2000-01 men’s golf media guide; wrote feature stories included in the 2001 football media guide; and contributed player profiles for Calbears.com, the university’s official athletic site.